In order to clear my head from Infected, (see my last blog post about my latest podcast *ahem*), I binged through some library books I’ve had an ARC I thought I was excited about. (Spoiler: it was terrible.) So Below is 7 short summaries on the books I read this week! 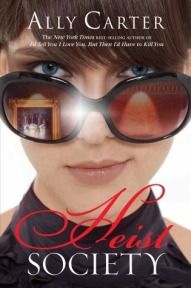 This was the first book I picked up after Infected, because for whatever reason, I didn’t feel like Ally Carter could steer me wrong. Well, I wasn’t wrong. If you haven’t read any of Ally Carter’s books, I recommend them all. The Embassy Row series isn’t my favorite, but I’ll talk about those in a minute. Katarina is a art thief who wants to get out of the family business, but after her father is accused of stealing a dangerous man’s artwork, she must return the artwork or watch her loved ones suffer. The sense of family (I also saw Fast and the Furious this past week so like, *FAMILY*) in the teen thieves is amazing. I just got the second ebook, and I’m excited to see where she goes next! 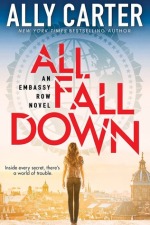 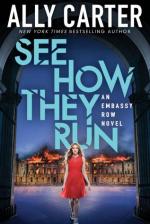 These are the darkest of Ally Carter’s books I’ve read. I have the third one ready to go for after I do some reading for my podcast, so I’ll have this series wrapped up soon! This book deals with a sixteen year old girl trying to decide if her mother was murdered or if she has actually broke mentally. Up until right before the reveal, I honestly didn’t know if the author went one way or the other. The second book adds a layer of mystery, which I’m not sure I care for, but it still focuses on if Grace has broken, especially after the reveal. 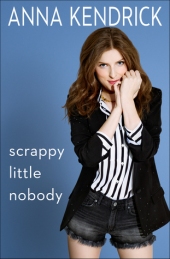 I am so glad I finally got to read this book! I have adored Anna Kendrick since she played the friend in Twilight, and it was a blast to hear about how she thinks back on those years positively….mostly because they paid the bills. Like everyone else who read this, I want to be her friend so much. But I doubt my weirdness will match yours…..though if you ever want to get coffee? Yes? Okay! No seriously, Anna Kendrick is an amazing actress, an amazing child actress, and is exactly as weird as she sounds on Twitter. 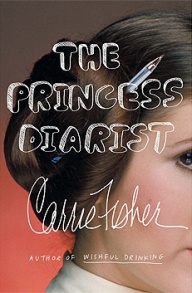 I’m a little addicted to my public library’s overdrive account,  I’ll admit it. And seeing that this book was available with no hold? I picked it up instantly without knowing what it is. Turns out, this was the last autobiography Fisher wrote, and it was about her time on set making the first Star Wars. At least, that’s how it is marketed. About eighty percent of this book is about her relationship with Harrison Ford and what they did on set, and the last twenty is about her interactions with fans. Carrie was a treasure, and I am sure I’ll love her other autobiographies more than this one.

Book 6: I Don’t Know Where You Know Me From by Judy Greer 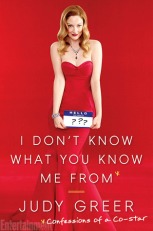 This book is adorable. I bought it when it first came out, but I’ve come to learn that I prefer autobiographies in audiobook form if they’re read by the author. Judy Greer is one of my favorite actresses and has been forever. I don’t know why she doesn’t get star work, but I’m happy to see her when she pops up. What I didn’t realize is that she actually has a degree in acting, is married, and that’s she’s just as wonderful off screen as she is on screen. It’s a quick listen, and Hollywood: LET’S GET JUDY GREER A STAR ROLE.

Also her husband and her still have separate houses even after marrying and I kind of love this? It reminds me of my grandparents.

I haven’t read a book in so long that made me hate it from the first sentence, make a book I thought I hate seem good, and yet somehow I finished this book.
This book had so much slut shaming (though she states after using the word MULTIPLE TIMES how she hates the word and doesn’t want to use it….and then uses it again. multiple times.) I suppose we are to think that the MC is amazing and awesome and has always been and doesn’t care….but you do. Too much. And it’s because you are TWENTY-TWO.
I will never get the phrase “Picasso of Pussy” out of my head and I will never forgive her for it. Also if the “sex was so good I couldn’t describe it” well then…maybe you….and your “character”….aren’t actually writers? Because good lord the writing on this was terrible.
Also, the MC is supposed to be 22, and has “searched the East Coast for a writing job and none are perfect so let’s go out to the West Coast” just. You are 22. Also, then she “has enough experience to be a former boy band’s PA”? Yeah okay.

This book was not written well — it read like a bad teenage fan fiction book or a teenager’s faux diary. Seriously, do not recommend.

Also, Mom? Thank you for never feeling the need to be my friend before my mom. I am so glad our friendship is organic. And for probably slapping me if I ever called you a bitch.