I didn’t even pretend I wasn’t going to watch this show. I read the books actually, the first back in 2015 and the second shortly after the tv series was announced. The books obviously have nothing to do with Pretty Little Liars (that book series has enough books in it without needing more). The first book has a bit of a Strangers on a Train vibe at first, (which is apparently playing near me in May, writing that down…) but instead of killing for another person they’re all plotting to kill the same person who is horrible to them: Nolan Hotchkiss.

(Listen can we….not name guys that are going to look the same by similar names?)

The books aren’t great, and I can see why they’re wanting to connect the book to the success of the Pretty Little Liars series after Shepard’s other show didn’t do too well. But really, can’t you just….create a sequel? This show is taking the barest of bones of the book and … not even the twist of the books. It completely removed two characters and changes one to a male counterpart. And everything is about surveillance. So I think it is safe to say I have no edge on having read these books, unlike the PLL series.

Still, I will without a doubt keep watching the show because I do love my drama.

And the first episode was….fine? I am loving the direction they’re taking with Allison, though the excuse for “why is Emily not here nor her twins” is uh. Bad. Very bad. Everyone has high cheekbones, and it is already very clear that they’re going for a darker, grittier, sexier(?), and more outrageous show than PLL. And well, for now I am here for it.

So I present my thoughts while watching PLL: Perfectionists.

– I am such a sucker for cello pop music
-Oh I like this remix of the intro song
-Where is Emily isn’t she and Allison married with kids?
-Mona and a knife?
-The reasons escaped me..wasn’t she there for a guy?
-Wait..
-NO WAIT SHE WHAT OH GOD
-WAIT ARE ALEX AND MARY LOOSE?
-AND ALLISON JUST SHRUG IT OFF?

-Oh good we are addressing Emily quickly
-But still, Allison left her twins?
-OREGON? SHE MOVED ACROSS THE COUNTRY?
-Please tell me this gets discussed more because what a shitty cop out
-Who is Mona talking to? Oh shit
-Sasha looks absolutely fabulous 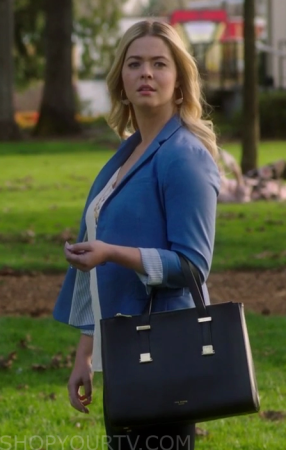 -What university gives out class laptops and why can’t I go there
-I am such a sucker for And Then There Were None
-I think the book is more about Strangers on a Train, but all right
-3 PAGES? Oh wait no that sounds about right for an English college class
-Oooooh fake friends
-Oh I love Alison’s glasses
-I don’t understand why Ava just won’t do her own work
-So I am guessing we are dropping the Parker/Julie story line
-This British dude looks like Eddie Redmayne in the….nose?
-Okay, Ava can code which is cool
-I like that Allison is trying to relate to her students
-Maybe Mona is the Parker of the TV show
-Seriously, I am happy with a show that has all this cello music
-Oh, no Mona Parker theory is out as she talked to someone not Allison
-Okay, this show is nothing like the book except the title
-Is a TA that amazing of a job?
-I wasn’t that ready for velvet to be a thing, but I love Ava’s dress

-Allison has you all figured out don’t try to hide
-I’m confused as to what class she is teaching – is it an English class? A justice class? A class on how to muuuurder?
-Why are we creeping in the woods
-Who we talking to Nolan who else you go in your pocket? N doesn’t have as fun of a ring to it.
-Though there is something about Noel/Nolan that I remember thinking when reading the book too
-Oh hell yes Kelly Rutherford GIVE HER A BIG ROLE
-Oh good are we not going to spend all season waiting for the secrets to come out
-That was pretty explicit for Freeform huh
-Ava, you’re too amazing to beg. And he’s a shit
-but also like. Why dude
-Oh Taylor is still alive, what the hell
-Oh Nolan is a shit to protect Ava riiiiight
-Why is this school so creepy and spying on kids?
-Sorry, school wifi can block you from something? Pull out your smart phone, Allison come on now
-We met in the woods to talk about killing someone?
-Oh god poor Agatha Christie does not deserve this
-….Who ya talking to, Mona? The security cameras?
-Oh that’s creepy I am never pulling wall paper off a wall
-Nothing good EVER COMES OF THAT
-Allison clocking each student is so well done
-What the fuck, Mona
-At least…..she isn’t crazy?

Tune in next Thursday where I watch episode 2 and scratch my head more about the AI unit in Mona’s head.

One thought on “PLL: The Perfectionists”