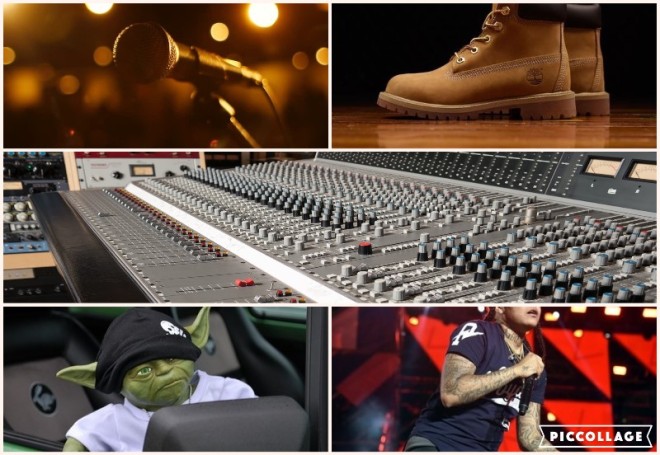 What the hell? I swear, this shit is like quicksand—the harder we try to get out, the harder it is to get out.

The Hate U Give is arguably one of the best and most important books of our current times. It also happened to be Angie Thomas’s first published book, leading many readers to wonder if she was a one hit wander who hit well by combining a cause. Clearly, this is far from the truth, as Thomas’s second novel hits another one out of the park. 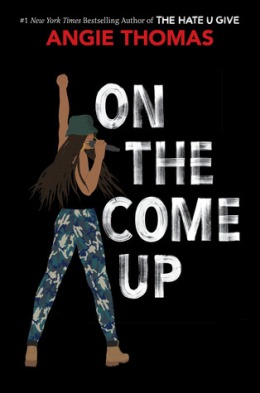 On the Come Up

Brianna “Breezy” wants nothing more to be one of the greatest rappers of all time. And as amazing as of a rapper as her dad was, she’s got the genes for it. She’s finally gets her chance to perform at newbie night, which changes her life forever. But is it enough, with her mother losing her job, and her family having to choose between groceries and electricity?

Brianna “Breezy” – The protagonist of the book. Sixteen and ready to be a famous rapper
Jay – Brianna’s mom, a former drug addict
Aunt Pooh – Jay’s younger sister, who Jay helped raise. Also a gang member, and one of Bri’s favorite people

I am so unbelievably late on this review! I am truly not worthy of this book.

I first want to get out that I am truly intrigued by Popkenchurch – Popeye’s chicken and Cajun rice, KFC’s biscuits, and fried okra and corn on the cob from Church’s — and want to have this dinner at some point. There, now we can get on to the serious things.

This book takes place in the same neighborhood as The Hate U Give, but it is in no way a “sequel,” other than Bri and her friends and family are still dealing with a neighborhood that has gotten worse since the events of The Hate U Give. Bri’s life is different from Starr’s, and this book shouldn’t be read as a comparison beyond that. She’s a vastly different character with her own faults and qualities. I am still, even after all this time, not entirely sure if I like Bri, but I do think she is well written and a rounded character.

This book deals with the difficulties of a rough neighborhood, yes, but it also is a deep look into social media perspective and maintaining “face.” Bri wants to be a rapper, yes, but she has no desire to be a thuggish gang member persona of a rapper. She wants to be her. But the lure of fast money, the frustration of how the adults in her school view her….it is hard not to give in to the persona rather than being true to herself.

“Of the millions and billions of people in the world, you’re the only person who can answer that. Not people online or at your school. I can’t even answer that. I can say who I think you are.” She cups my cheek. “And I think you’re brilliant, talented, courageous, beautiful. You’re my miracle. But you’re the only one who can say who you are with authority. So, who are you?”

But more so than Bri, I love her mother Jay. Yes Bri’s life is rough, but in some ways Jay is more my hero. She loses her husband while having young kids. She’s a a drug addict, and admits to herself that she can’t take care of her kids. So she does the reasonable thing: she gets her in-laws to take care of her kids. Is this while she’s getting cleaned up? No — for awhile she succumbs to her addiction. But eventually she realizes she wants her kids, and gets clean.

This isn’t a story of a mother that keeps falling back to drugs, but instead, of another woman dealing with society’s perception of her. She’s losing her job at the church, which is leading to rumours about her “relapses.” Her daughter can’t be quite sure if she trusts her, and her mother-in-law is constantly a moment away from essentially kidnapping the kids back. But Jay pushes forward. She goes to food banks for her kids. She applies for any job she can. Her family comes first. It’s wonderfully inspirational.

Aunt Pooh is a bit of a reminder of how close Bri is to becoming everything she doesn’t want to be. She provides a bit of false security as she is a member of a gang and selling drugs. She puts Bri’s life in potential jeopardy at one point, but Bri also makes a hard decision to ask Pooh to do something no one else will.

It is kinda messed up. Here my brother is, doing everything right, and nothing’s coming from it. Meanwhile, Aunt Pooh’s doing everything we’ve been told not to do, and she’s giving us food when we need it.

That’s how it goes though. The drug dealers in my neighborhood aren’t struggling. Everybody else is.

Between all three women – all told through the eyes of Brianna, yes, are at important junctures in their lives. But then again, aren’t we almost always at some important turning point?

Overall, this book is not as “in your face” important as The Hate U Give. But it IS an incredibly important book still. Bri is a black student in a predominately white artsy private school, and yet she has been suspended and in trouble more than any of her peers. She releases a song that gets popular, and it causes fear in the suburbs. And yet Bri is a music prodigy who is nerdy as hell, something that takes people a long time to see.

But it’s kinda like saying one side of the Death Star is safer than the other. It’s still the goddamn Death Star.

And I’ll be honest, that’s the biggest appeal of Bri over Starr. Starr is easier to like because she’s a victim and is hurting. Bri is more just living her life, uncertain which way to go.

Anyways, if you loved The Hate U Give, I don’t see you hating this book. If you want to read books by authors who are writing about important concepts without bashing you over the head with them, read this book.

And then go be like me and watch Angie Thomas just rap constantly.

3 thoughts on “On the Come Up”