HELLO I AM BACK!

Top Ten Tuesday was started by The Broke and the Bookish, and was taken over by That Artsy Reader Girl in 2018. This week is perfect for Valentine’s Day: Top Ten Book Couples! I have 11 here because I MAYBE have a cheat one on here. But let me know what you think of my favorite couples!

Note: putting this list together has made me realize I want to reread like all the series (except the Sookie Stackhouse series I AM LOOKING AT YOU.)  Also, let me know what you think!!

Suzie and Jon are the stars of Sex Criminals comic by Matt Fraction and Chip Zdarsky. They realize that when they have an orgasm, time stops! And what do you do when you realize that?

“Fellas! Want to drive her wild? Then learn how to fold a goddamn bath towel, Gerry, jesus FUCK.” 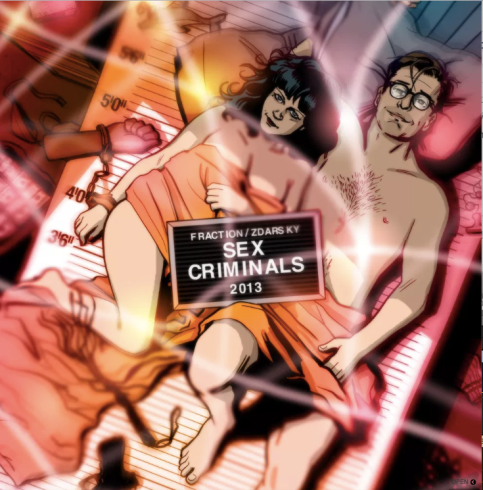 While this seems like a concept that is fun and light and maybe is a short run comic that will get old quick, it actually has a lot going on and this relationship goes through ups and downs, depression and anxiety, and feels really relatable, even if you don’t have super sex powers.

–A Darker Shade of Magic

“I have never known what to make of you. Not since the day we met. And it terrifies me. You terrify me. And the idea of you walking away again, vanishing from my life, that terrifies me most of all.”

— A Conjuring of Light

Okay, so Kell and Lila might be my favorite characters of anything, and I am shameless. But really, Lila is possibly one of the strongest female characters and Kell LETS her be (while also being like NO LILA STOP DONT because Lila STOP DONT) but seriously, these two. Crossed universes for each other.

I cannot talk about Kell and Lila and not talk about Rhy and Alucard. Mostly because if they had all just stayed on a boat happy together I would have just been fine. The will they or won’t they, the flirting with literally everyone EVERYONE I just love it so much.

“I told you to keep him safe, not cuddle.”
Alucard spread his hands behind him on the sheets. “I’m more than capable of multitasking”

But real talk, Rhy’s character arc in the entire series is amazing and Alucard better not break his heart in future books.

While The Diviners has plenty of couples and a love triangle and so much representation and is NYC in the Roaring 20s……my heart yearns to know how Theta and Memphis turn out in the end. Because like. Everyone else I can live with, but I need these two to BE HAPPY. Memphis is a Harlem poet, Theta is a Ziegfeld Girl. Both have twisted pasts that maybe wouldn’t work and yet, they do and I NEED THEM TO BE HAPPY. DO YOU HEAR ME BOOK 4 OF THE DIVINERS SERIES.

“Careful there, Poet. I might start to believe you.”
— The Diviners

Memphis and Theta might have to deal with their own racial issues as they come out as a couple, but imagine being a couple from species that are on opposite sides of a war?!

If you aren’t reading Saga, you should be. These two are definitely in my top 5 OTPs of anything, and I want to believe they’re going to be happy in the end but my heart says don’t wish for things you can’t have!

“In the beginning, love is mostly about lying to each other. It’s like that in the end, too.”
— Saga Volume 7 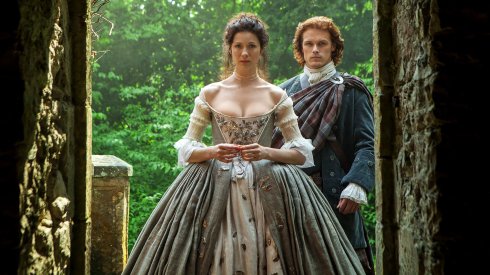 If you have followed me on almost any social media or spoken to me since…. November, you’ll know I have fallen under the Outlander spell. Part of this comes from ridiculously falling hard for the television show (had to have several come to Jesus talks with myself: why do I love this show? Why do I love these books? Neither are my cup of tea normally. Is it Jamie? Is it Sam Heughan who I’ve loved since his dancing in a Hallmark movie? WHAT IS IT?) I am slowly making my way through the books, where I don’t like Claire as much, but overall, there is something about finding a soulmate that makes me melt. And Claire and Jamie just work (especially in the show — I am still working through book 2.)

“I will find you,” he whispered in my ear. “I promise. If I must endure two hundred years of purgatory, two hundred years without you – then that is my punishment, which I have earned for my crimes. For I have lied, and killed, and stolen; betrayed and broken trust. But there is the one thing that shall lie in the balance. When I shall stand before God, I shall have one thing to say, to weigh against the rest.”

His voice dropped, nearly to a whisper, and his arms tightened around me.

Lord, ye gave me a rare woman, and God! I loved her well.”

Listen. I can pinpoint exactly when I stopped loving this series, and it is when Eric and Sookie started fighting too much. When Eric started doing stuff that seemed very out of character. Sookie and Eric should have ended up together and you cannot change my mind.

There are very few couples that break up that I stay consistently angry about. That I can’t find peace with their final resolution. Sookie + Eric 4eva

I am without a doubt a sucker of enemies becoming a couple and while I have never been a Harry+Draco shipper, I ship Simon and Baz for life. Also, I need book 2 nownownownownownow I also just love how this book came to exist? Like maybe I turn my nose up at books that started as fanfiction sometimes (CoughCassandraClarecough50Shades) but there are ones that are so well done and I love them (Also see Follow Me Back which started as a OneDirection fanfic if I recall?)

“What you are is a fucking tragedy, Simon Snow. You literally couldn’t be a bigger mess.”
He tries to kiss me, but I pull back- “And you like that?”
“I love it.” He says
“Why?”
“Because we match.”

My cheat, I know. But THERE ARE VERONICA MARS BOOKS. But I love Veronica and Logan. They are so bad for each other and I am really hesitant about the revival, and the rational  31 year old brain I possess knows Piz is so much healthier and while Logan has grown up and I JUST DON’T KNOW. But I can’t stop cheering for these two.

“Thank goodness for the U.S. Navy. I can at least put off telling Logan. The last thing I need is for my boyfriend to pick a fight with an international crime syndicate.”
— The Thousand-Dollar Tan Line

Okay this series is both rough and wonderful. Alternate universes make me incredibly anxious for some reason, especially alternate universes that stem from decisions you make and what if you made the wrong one???

And do soulmates exist? Across the multi-verse? No matter if he killed your father or if in another universe you’re a crime lord? Or like, a Russian princess because Anastasia was never killed? Yeah, this series has a LOT GOING ON.

“You are not my Marguerite. And yet—you are. This essential thing you share—your soul—that is what I love.” Paul’s smile is sadder and more beautiful than I have ever seen before. “I would love you in any shape, in any world, with any past. Never doubt that.”
— A Thousand Pieces of You

Okay, since Veronica and Logan might be a stretch for people, I have recently been rereading the Divergent series recently, including the fanfic book 3 (and 4) that I prefer over the real book 3. (WHICH IS A TOTALLY JUSTIFIED AND UNDERSTANDABLE ENDING AND I AM NOT ARGUING THAT BUT MY HEART JUST CAN ONLY TAKE TOO MUCH)

This series has a lot of faults, is a dystopia of its time, and the instalove is a bit too much for me at times, and I know my love primarily comes from fanfic and THE SHORT STORY WRITTEN ABOUT WHO FOUR ENDS UP WITH AFTER THE END OF THE SERIES MAKES MY BLOOD BOIL AND I CANNOT.