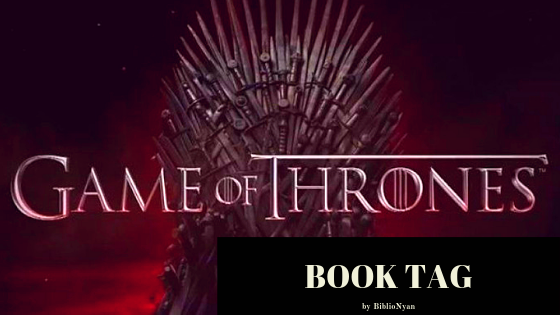 I haven’t done a book tag in years, and this one makes me giggle. I got it off of one of my favorite people, Marilag at Story and Somnomancy, and since I have giggled and sighed and whined about her re-watch rather than new things, I am all for doing this book tag! But I’ll also be super honest: I haven’t read OR watched Game of Thrones, so I am not on the edge of my seat for tonight? We will see if I binge it post series finale!

It looks like this originally came from Biblionyan, so go check out their blog too!

HOUSE LANNISTER: HEAR ME ROAR
Name a book that you originally loved, but upon a re-read realized that it wasn’t so great after all.

I just had this happen recently with Bitter is the New Black by Jen Lancaster. I remember thinking the book was super hilarious the first time I read it, which is why I read it again! Unfortunately, something about it settled in me awkwardly this time. Jen can write, but I didn’t enjoy it as much this time around.

HOUSE STARK: WINTER IS COMING
Name your most anticipated book release for 2019.

I have SO MANY, and while it only asks for one, I am going to talk about two. This is primarily because my most anticipated book I definitely have an ARC for, and the second one I highly doubt an ARC will come out.

The first is Middlegame by Seanan McGuire, and so far it is EVERYTHING I have been wanting. I cannot wait to finish it and gush and push it at everyone. Seriously, if you like fantastical mixed in with your ordinary and GODS, check this book out.

The second is Wayward Son by Rainbow Rowell. I didn’t realize a sequel was in the works, and when it was announced, it immediately went on my watch list. Cannot wait!

I looked through my 2018 top reads to find a book for this, and Michael Grant features quite a bit on my top few books. I went with Front Lines by him because I think it shows off so much talent. It is a AU historical book where women were allowed to go to war in WWII. The first half is about boot camp, which comes across with a tough but lively and optimistic feel. Then he drops the girls into battle, and I think I spent the rest of the book crying. The shift from optimism to horror is so well done, especially by an author I primarily admire for his Sci-Fi books.

HOUSE BARATHEON: OURS IS THE FURY
Name a book that ended with a cliffhanger ending that genuinely pissed you off.

I think in part I picked The Amateurs by Sara Shepard because I just finished the series, but also, it’s a damn good cliffhanger. It’s one I ACCIDENTALLY spoiled for myself, but still enjoyed it, and know how pissed I would have been if I read this story while it was just coming out.

Okay, to be fair, the book with the worst cliffhanger I can’t talk about because it would be massive spoilers to some friends of mine. But maybe one day!

HOUSE MARTELL: UNBOWED. UNBENT. UNBROKEN.
Name a book, or book series, that’s been on your TBR since the dawn of time.

I am sure there are books that have been on my list longer, but this is the oldest one on Goodreads! I even own Watchmen, and I still haven’t read it. Maybe 2019 will be the year I do so?

HOUSE BOLTON: OUR BLADES ARE SHARP
Name the most graphic or disturbing book that you’ve ever read.

This book, Sharp Objects by Gillian Flynn, messed me up to my core. Like “I think I am going to call my therapist because I’m not okay” kind of book. It hit me on almost every anxiety level and made me sick and depressed. It is still even tough to think about after nearly a year after reading it.

HOUSE TYRELL: GROWING STRONG
Name a book, or book series, that gets better and better with every re-read. 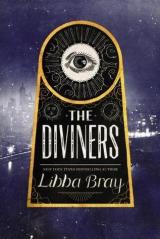 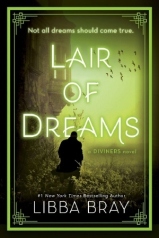 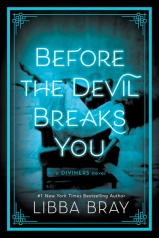 I am honestly not doing a ton of re-reads these days, unless a podcast episode calls for it. Because of that, the fact that I have been using The Diviners series by Libba Bray as one of my favorite running series is a rarity! I am up to rereading the third, and cannot wait for the fourth to come out. If you like the 1920s (without some of it’s shine) and ghosts, READ THIS SERIES.

I don’t know who would enjoy this, so take if and tag me so I can read your choices!!