I recently finished up three series, two of which I’ve been reading over the years, and one that I read over about two months. Rather than do a post over all three series, which is hard to do without spoilers and honestly sounds a bit exhausted (and I am SUPER BEHIND on my reviews), I am going to talk about the last book of each series and whether the series is worth reading. 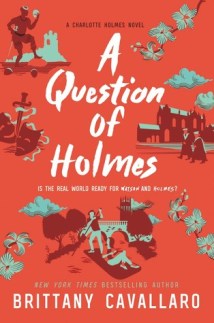 A Question of Holmes

I am not sure why this book was necessary to the series. I’m also still a bit confused as to why I read the entire series, as I wasn’t a huge fan of the first book. But I like Charlotte and Jamie, and I liked the modern intrigue and the age old battle of Holmes vs Moriarty. I don’t like that Charlotte is raped prior to book one and how it is used to color her character. Her insane and potentially abusive family life is enough to cause her trauma.

The first three books are primarily told from Jamie’s point of view, while this one is entirely from Charlotte’s. It is a nice change for sure, but I just don’t find this book necessary. Is there still intrigue with the Moriarty family? Of course — they could beat the dead horse with that for many more books. But I think the third book covered everything and was enough of an ending for this series.

If you can get through the first book, I say keep going through the other three. I think this final one is a bit of a weird fan fic maybe, but if you like Jamie and Charlotte, by all means read it. I also like what Charlotte decides to do with her life — it makes sense, and I hope she does some good in the world.

This is the third and final book of the House of Furies series. I loved the first two, even though I found the protagonist a bit whiny. The first book covers dark creatures, has a Victorian devil, and a murder mystery to boot. The second book deals with the consequences of the first book, more about identity, and a discussion of gods. The first two books are wonderfully Gothic and kind of horror-esque, with an entire fandom trying to ship the main character with the devil.

Unfortunately for me, the third book just fell flat. Which, I felt this with the Asylum series I read by Roux. I think she has excellent ideas and can write great first books, but I don’t like her as a series writer. The third book held none of the darkness and atmospheric Gothic house that I loved about the first two. It was a weird action book that introduced so many new characters and just confusing. I appreciate a ship that doesn’t sail, and I am always fine with a devil not needing redemption. I don’t think this series tried to do ever the redemption route, but I would have been fine with a little bit of a balancing act — a good dark creature with a not so good one. I don’t know.

Read the first book, and maybe stop there? It all goes down hill for me. I appreciate what she was trying to do, and the final book really was one of my most anticipated books of the year, but overall…I might be done with Roux’s work. 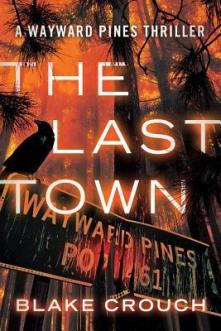 I read this book for an episode of Judging Book Covers Podcast. Overall, I honestly loved it. It was mysterious and had me guessing the whole time — WHAT THE HECK WAS GOING ON? And honestly, the book was probably fine on its own and didn’t need to be a series, much less a series that took place in roughly two weeks of a time period (well kind of.) The second and third one would probably been successful as one book, but would have lacked the oomph of the cliffhanger in the second one. Still, the third one is all action with little story, outside of the ridiculous romance drama. Seriously, it takes away from the series. If the world is about to end, that isn’t the time to have a fight over who a woman should end up with.

Then again, what other purpose does she have in the series.

Honestly, I loved the first book, and it is such a quick series read. It’s kind of worth it for the last paragraph of the last book too. If you like fun horror/action/sci-fi books and movies, I do actually recommend this series. I do not recommend the tv show though. I still haven’t brought myself to finish it, and I’ve watched five shows through their entirety since starting it.

That wraps up three kind of decent series I finished recently!