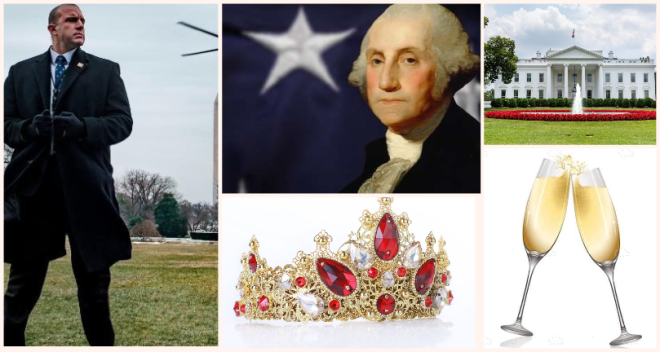 Real love comes from creating a family together, from facing life together — with all its messes and surprises and joys.

Katharine McGee’s books fascinate me. I read the Thousandth Floor trilogy knowing it wouldn’t be great, but not expecting it to be. When this book was announced, I knew I shouldn’t be as excited as I was. EVERYONE seemed to be anticipating this book. The insanity at BookCon for a copy of this books is still one of the most anxiety filled moments I have experienced. Getting denied an advance copy of this book bummed me out more than anything. Even as the reviews came in, I knew I had to taper my excitement for it. 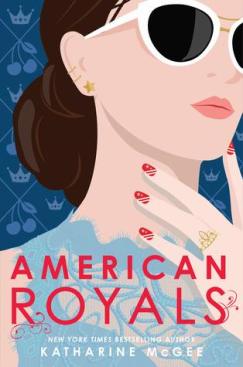 America has overthrown the evil British and created a new monarchy, the Washington line. It has excited for two and a half centuries, and now the country has changed the rule of the first born son ruling, to the first born child. Princess Beatrice is getting closer and closer to her destiny. But what of her two siblings, Princess Samantha and her twin, Prince Jefferson?

I tend to write most synopsis, and this book is maybe a good reason why. The marketing synopsis goes more into the fact that Prince Jefferson would have been King had he been born earlier, but now is third in line. So I expected that to mean that maybe Prince Jefferson is lobbying for the throne.

I’ll be honest, most of this plot seems to be The Thousandth Floor series Part II, minus any queer main characters and a murder mystery a book. What that leaves is a book focused mostly on who is sexing whom. Which…is kind of a let down. I like the idea of alternate histories, but too much of AU America is similar to real America. Would we have made the same purchases? Not had new wars? New battles to overcome? More focus on why a country would go from one monarchy to another? Wouldn’t that cause some discourse that would still be alive today?

Who knows! Because what’s important here is who is sexing whom. And what’s going on in college.

I keep expecting more political intrigue in my YA and NA books. I keep expecting more. I wanted more about Beatrice being the first queen and what that mean or could mean, rather than a story about how she should marry because the country will be more understanding with her having a husband by her side. EVEN BETTER, if she had been queer, rather than just in love with her guard. (Yeah let me tell you how much I loved Red, White, and Royal Blue again.) I wanted someone actively going for her crown, or open discussions about the country’s unrest with the monarchy. SOMETHING.

I guess I should also talk briefly about Samantha and Jefferson. If their older sister is focused on an arranged marriage, then surely they have more going on, no?

Nope. Samantha is in love with someone she shouldn’t be (guess who), and Jefferson has a weird love triangle going on. One of which is with Samantha’s best friend. It’s all exciting intrigue, I GUESS, except that I read her last series and I wanted more here.

I will give it to McGee, the ending did have me tear up a bit. It was entirely expected, but I am at my core a softy. I am sure I’ll end up reading the sequel because I can’t stop reading these soap opera books, but I am just hoping there is more than love triangles and backstabbing.

Unless it is political backstabbing.

In the end, Beatrice will step down as Queen, and Samantha will take the throne.