My original post about The Black Tapes podcast still gets a hit or two a day. I always find it amusing when the search term that led to my review is “Black Tapes Podcast Real?” (Spoiler alert — despite a friend of mine claiming he listened to Hastur Rising when living in Seattle, the podcast is a mockumentary or docudrama.)

Since Season 2 starts up tomorrow, I have been listening to the first season again…..for the third time all the way through. I’ve listened to the first 7 episodes more times than that. (The Black Tapes (TBTP) filled a hole left in my life when We’re Alive finished.) I’ve loved anything horror or paranormal since I was little, and it is nice to get away from zombies or vampires and get back to good old demons and ghosts. Add in the fact that TBTP is intelligent and in depth, not simply looking at exorcisms and objects that move on their own. (I’m looking at you, modern day horror movies.)

If you are in need of a quick catch up on TBTP and don’t have time for another listen, I’ve put together a quick season 1 recap below, before my discussion of the podcast.

Why You Should Be Listening

I don’t have a ton of friends that listen to podcasts, and I can’t figure out why. There is literally something for everyone, if you just look. Currently while writing this, I’m listening to an early episode of Gilmore Guys. It’s literally two guys and an occasional guest reviewing episodes of Gimore Girls.

I mean, I get that it’s not as easy to listen to on Android phones as it is an iPhone, but it’s certainly not impossible. I’ve been listening to podcasts pretty steadily since 2008? and picking up steam since I got an office job.

Some of the major complaints I hear about podcast (from people who have never listened to a podcast in my opinion) is that it’s like audiobooks and blogging and thus too slow to listen to. My response: you aren’t listening to the right podcasts!

So why choose The Black Tapes?

Okay, I just paused for about two minutes, edited a few things, and really can’t figure out a definite reason why. It was introduced to me as a paranormal Serial podcast, and since I love both paranormal things and Serial podcast, I didn’t need more. This isn’t a radio story / audiobook-esque, which We’re Alive is like. It’s a woman journalist exploring the paranormal world, mainly by accident. There aren’t forced, fake jumps, there isn’t overbearing music. It is old scary – demonic haunting, rather than sparkly vampires and zombies. It’s believable. You can relate to Dr. Strand and be skeptical, shaking your head at Alex as she innocently hangs on to her beliefs, or you can relate to Alex, thinking Strand is a bit of an asshole and that something much deeper is going on here.

I have listened to TBTP to pass the commute, while working out and running on a treadmill, and while cleaning my apartment. If you haven’t given podcasts a try, these are a great way to get into them.

So why should you listen to this podcast? Because it’s a wonderful way to escape from reality while not-so-secretly fearing that this might be real.

Alex Reagan – Alex started the podcast as an exploration of life, belief, faith, and occasionally the paranormal. No but really, the podcast was started to explore the odd/interesting jobs and career paths people can have. (Wink wink, nudge nudge.) She has worked with Pacific Northwest Stories (PNWS) for three years. She decided to change the subject of the podcast when she met Dr. Strand, as she realized the subject matter could sustain more than an episode or two.

Dr. Richard Strand – Founder of the Strand Institute, which will pay $1 million to anyone with undeniable proof of the paranormal. He agreed to be apart of the podcast in order to renew skepticism and be a voice of reason for the paranormal world, and the podcast is a national platform. His wife, Coralee, went missing in the 1990s. He is the owner of the black tapes, cases that have yet to be disproved because the technology to do so doesn’t exist yet. He’s old school, occasionally rude, and always skeptical.

Nic Silver – Nick is Alex’s producer, who ends up with his own show later (TANIS, which I’m still making my way through). He tends to be the voice of reason for Alex, reminding her not to do anything illegal and not to meet up with strangers on her own. Silver is not his real last name. He dated Amalia…or at least owes her 20 euros. I can’t decide if he was working TANIS at the same time as TBTP, but if so, he’s a busy busy man.

Side note: The fans at Reddit are amazing (I am usually just a lurker and nothing more – I think I’ve posted once or twice). They have put together this list of characters for each episode here, and have even transcribed the episodes. Seriously, this is the place to go to bond with fans.

The Actual Black Tapes
These cases are named due to being actually on black VHS tapes for the most part. These tapes are considered unsolved, but not unsolvable. We just lack the technology to solve the cases so far. The tapes range from an exorcism (got to have one with the discussion of demonology), to a town myth involving a murder, to a mysterious shadow following a man throughout his whole life. Are they all interrelated?

The Disappearance of Coralee Strand
Coralee Strand, Richard Strand’s wife went missing in Northern California. She is presumed to be dead, killed by a serial killer in the area. While there doesn’t seem to be anything supernatural related to her disappearance at first, it’s all suspicious. Dr. Strand was the prime suspect prior to that. He went missing for 5 days, looking for his wife.

The Torres Family
Robert Torres was followed by a shadowy figure that eventually moved on to his son. His son, Sebastian, named his imaginary friend “Tall Paul.” He appears in all of Sebastian’s pictures. Sebastian goes missing halfway through the first season, and is later found in an abandoned building in the middle of the woods with sacred geometry drawings on the south wall.

Keith Dabic and the Unsound
Keith Dabic is  a member of Hastur Rising, a band who lost their lead singer in a brutal suicide just before the podcast started. They had some loose ties to the occult which began as more of a gimmick. The band came across the unsound, a mythological sound that kills all those who listen to the sound in under a year. Keith Dabic was last “seen” in Russia, looking for Percival Black in order to reverse the unsound. Amalia went searching for him, and has disappeared too.

Sacred Geometry
This is discussed a few times, primarily involving Simon Reese. It may be related to the Pythagorean comma. It seems to be used or needed to open a door.

The Upside Down Face
What seems to be an urban legend in a sleepy small town – a brutal murder gone wrong at a prom back in the 1950s –  appears in a cave drawings from the 16th century. The river where Sarah Benning was found is related to the Brother of the Mount….who moved towards the river in 1985, when the festival was started. 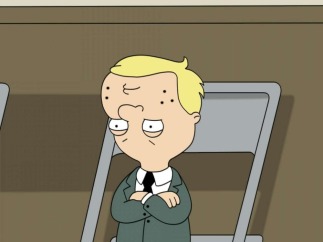 Codex Gigas
The Devil’s bible. A monk named Herman was locked in a room for a year, and the church demanded he put together a bible during the time. Since it was back in the 13th century, it took about 20 years typically to make a bible. It was created with the help of the devil, when Herman succumbed to praying for help in exchange for his soul.

The Order of the Cenophus, the Brothers of the Mount
I’m not sure that the orders are related, but I’ll group them together. They are religious groups that worship darkness. The cabin where Sebastian is found is assumed to be their “church.” (Or at least it is in my opinion.) Brother Edward Luis is a member, though the group is debunked.

One thought on “Podcast Re-Listen: The Black Tapes”