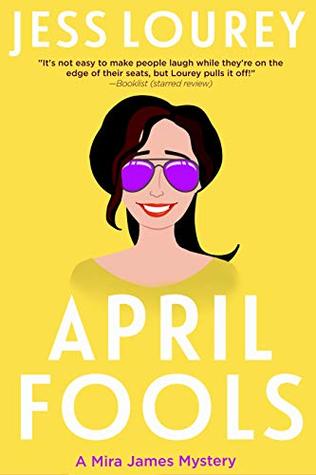 Thank you Toadhouse Books and Netgalley for allowing me to find my new favorite cozy mystery book series! I came across this book after wondering if there was a cozy mystery series that had a month/holiday theme, and I didn’t realize this was the last book of the series. Not to spoil too much, but I have definitely put 2 of the other 11 books on hold at the library! 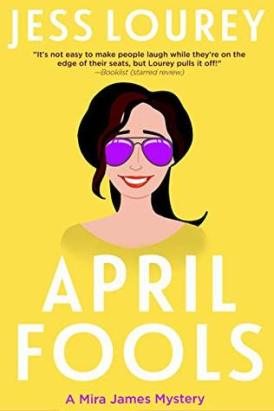 Mira James has come across a murdered body every month for the last 11 months. It has cost her one of her best friends, and it might cost her town their “Best Small Town” status. And she is willing to break the streak….until she finds a note in a library book that is literally asking for help.

Mira James – our amateur detective main character. She is a librarian and a journalist with a troubled background and a knack for finding dead bodies.

Mrs. Berns – our plucky side kick. An 80+ year old bad ass who takes tae kwon do, has the best quips, and also has her own troubled past.

THIS IS THE COZY MYSTERY SERIES I HAVE BEEN MISSING. I mean, I love cozy mysteries, but I don’t…expect much from them. They are great palette cleansers, and I do genuinely enjoy them! To the point that I go through waves on netgalley requesting some or through Overdrive looking for some. But I don’t necessarily LOVE any of them.

This books has shown me that Lourey has taken a well known genre and updated it. There are drug references, her father is quite possibly a terrible person, there is diversity in characters and sexuality, and at least for this book, it isn’t explicitly JUST a murder! In fact I hit 50% on my Kindle and realized there hadn’t been a murder yet, but I wasn’t put off by this? So much was going on showing everything that Mira had gone through, especially after losing one of her best friends six weeks before. The story is also very “of its time” – it in part is a #metoo thought piece. But it also serves to bring awareness to something I personally hadn’t realize: it isn’t just the states that border the ocean that have a sex trafficking issue. Minnesota is actually on the top 10 list of states with the highest sex trafficking problems. That is not something I had ever thought possible, and the book does a great job of showing how it can be something overlooked.

Lourey can build characters too. I may not remember all of the small town cast, but I can tell you that Mrs. Berns comes across as more three dimensional than most “side kicks.” She’s also exactly who I want to be when I am 80 years old. The men are written a little two dimensional, but I am chalking that up to not having full knowledge of the entire series. Plus, the love stories and triangles of cozy mysteries aren’t what I read them for. I am genuinely shocked with how it turns out (again, no other book to have me swaying either way). And honestly? Lourey had me crying over a character that I had never met who died two books ago.

She even had me putting non-comic books on hold at the library. What is that?

Finally, the portrayal of the teenage girls. So many adults (myself included oh god) want to help prepare the next generation for what they need to look out for. How to look out for gross dudes. How to stand up for themselves. But the actuality is, they know already. They are still going to make the stupidest decisions, but they’re more aware than we give them credit. And these teenage girls are written realistically. Yes they love their cell phones and yes they aren’t quite ready to tell you the whole truth. But they aren’t vapid and airheads. And they will fight for what they believe to be right.

Also, I am 100% on board if the next series is all about Maisy and Peaches: Teenage Detectives.

She was wearing a ripped pair of Levi’s with a Led Zeppelin t-shirt knotted at her tummy and black Cons on her feet. […]

My heart swelled so big it almost cracked. “May I ask what the four of you are dressed up as?”

Honestly, I cannot wait for the other books to come in. If I like one more, I’ll buy the entire series for when I need a good cozy mystery. I mean, how many of them have multiple scenes of an 80 year old woman getting high on edibles?

One thought on “April Fools!”